The year is 1988: clubs like Chicago’s The Warehouse and Paradise Garage in New York had already seen bustling parties in the heyday of house music’s roots, stemming from the underground Black and gay subcultures upon which they were built. London’s house music scene, however, is making a name for itself, and bringing with it a crossover into mainstream territory.

One lesser-known series of parties, Hedonism, quietly played a revolutionary role in that sudden explosion of popularity for house music in London. DJs like Eddie Richards and Colin Faver, who were championing acid house records from Chicago and New York at Hedonism, took on the role of tastemakers at the brand’s parties and became responsible for the sudden surge in London’s house music scene.

An eBay user has now come forward with four invitation fliers to those 1988 parties, offering them up for purchase on the bidding platform. The rare invitations sit in nearly pristine condition and represent a pivotal piece of London’s rich and extensive house music history.

The seller’s offer is rare and already highly sought-after. At the time of this article’s publishing, the bid is currently at £2,415.00 and it is rapidly increasing with less than two days remaining. The user will be donating all of the money from the winning bid to the Frankie Knuckles Foundation. 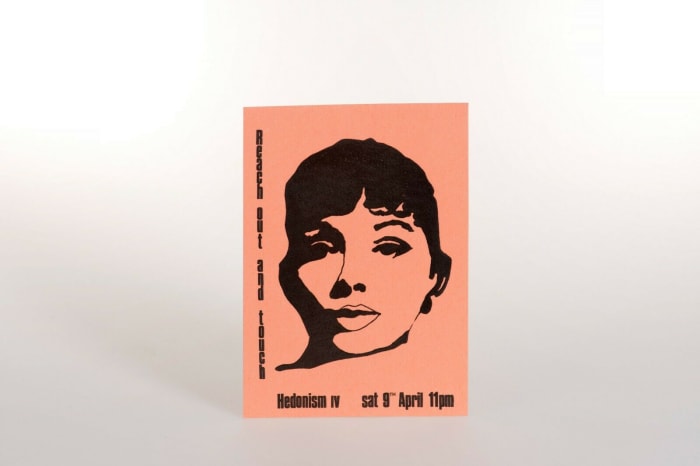 You can check out the seller’s four Hedonism 1988 invitations here. To learn more about the history of the Hedonism parties and London’s house music scene, check out Phil Cheeseman‘s The Story Of Hedonism.

LOVA lanza una melodía pop bailable, titulada “Dance For The Hell Of It”