Because this is 2021 and no headline should shock you at this point, a company is building humanity’s first hotel in outer space. Plans for the structure, which is called Voyager Station, are said to include a concert venue.

The company behind the interstellar project, Orbital Assembly, has gone public with their plans to begin construction on Voyager Station in low Earth orbit in 2025. They believe the astronomically ambitious hotel can be fully operational by 2027.

Plans for Voyager Station, humanity’s first-ever hotel in outer space, are underway and the structure may be operational in 2027.

Vogayer Station’s website claims that the hotel will be the largest man-made structure in space after its completion, and that it will be built in orbit “using automation and tele-robotics.” According to the Daily Mail, hotel guests will be able to enjoy a number of lavish amenities, such as gyms, spas, themed restaurants, and a movie theater, among other facilities. For music aficionados, Vogayer Station will also feature concert venues as well as lounges and bars from which travelers can view outer space.

Those amenities will reportedly be housed in a series of pods, which will also provide air, water, and power and will be affixed to the outside of the structure’s rotating ring. These pods could ultimately be leased or sold to NASA for space research, according to the Mail. 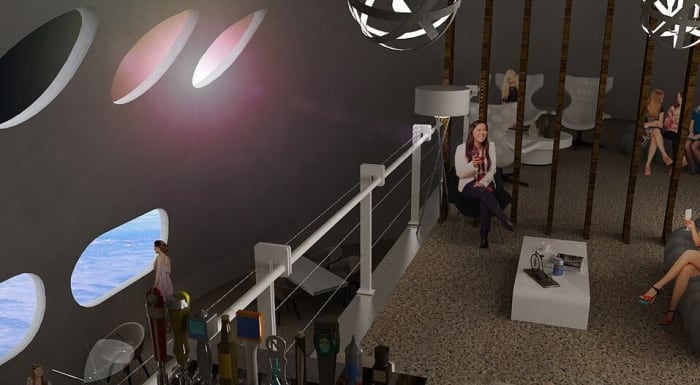 “This will be the next industrial revolution,” said John Blincow, founder of Gateway Foundation, a company that will operate some of the hotel’s pod modules.

Not a seasoned astronomer or astrophysicist? You can read more about Voyager Station here.

Taylor Swift Honors Her Own Vision on Fearless (Taylor’s Version)

Judas and the Black Messiah Puts a Nostalgic Lens On a...

Netflix’s I Care a Lot Is a Brutal Indictment of the...